Home to more than 20 unicorns and some of the fastest-growing startups in the country, Chicago has rightfully earned its place as one of the hottest hubs for innovation. With the city’s tech sector growing 18% in the last 10 years, Chicago has also attracted some of the world’s top entrepreneurs and talent leaders to build and grow their companies, and thus have created a collaborative environment to share ideas, resources, and experiences.

On the coattails of a record-breaking funding year, followed by a period of halted investments, founders and investors - in Chicago, and across all high-growth tech markets, are navigating what to expect in the coming year

To capture and share insights on what to expect in 2023, Hunt Club brought some of the most forward-thinking tech strategists in the industry together for a local Founders and Funders event to discuss some of the issues still plaguing companies - while also offering suggestions on how to handle what’s to come. From re-creating work environments, to building community and overcoming tech challenges, the panelists, moderated by Hunt Club’s Jeff Sternberg, Brooke Skinner Ricketts, Co-Founder and President at Beyond Barriers, Paul Hsu, Founder and CEO at Decasonic, Dean Marks, Managing Principal at Sterling Bay, and Nick Cromydas, Co-Founder and CEO at Hunt Club shared their thoughts on why Chicago is a tech force to be reckoned with.

There are Several Nuances to a Post-Covid Work Environment. Do what’s best for your business.

Nick Cromydas, Hunt Club: We're hearing everything from, “How do you get people into the office to make sure they're learning,” to “How do you communicate effectively as a remote leadership team when you’re only seeing 10 to 20% of your staff on a quarterly basis,” to “How do you inspire when you really only get one opportunity a month.” I think all of us as leaders need to evolve how we manage our teams and think about building teams and use this as a Moneyball opportunity to think of the game totally differently.

Dean Marks, Sterling Bay:  For our teams, we quickly realized that in the work-from-home environment, we were less effective as a company. We’ve seen that there are certain subsets and sub-industries where you do not have to collaborate and interact all the time, there is a role for a hybrid work-from-home. But, in some cases, if you want to be an effective, innovative entrepreneurial company, there is no real replacement for that in-person interaction that happens instantly and organically in the workplace. Especially in a nice workplace where employees want to be.

There is real power in connection and collaboration - and competition. 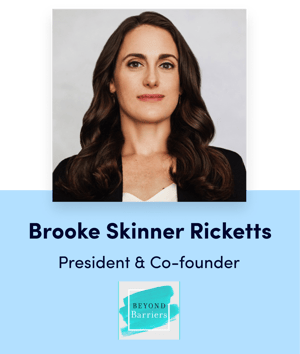 Brooke Skinner Ricketts, Beyond Barriers: I think a big piece of it is connectivity and having the space to physically get together. There is magic in that. We have the opportunity to continue to figure out how to convene post-covid. I don't believe that we need to be in the office five days a week, but I do believe there's a time and a place for convening and that we should be strategic and smart about it. In particular, as we’re trying to nurture this market toward greatness and toward dominance, there is a shared agenda. There are a lot of initiatives where people are trying to nurture this. We have all the support in the world, I think part of it is getting the right people to show up. Some of it’s going to be folks like us saying, I’ll bring three people and you bring three people, and let’s just see what happens. If we just start the conversations, that’s where we’ll see the magic happen. 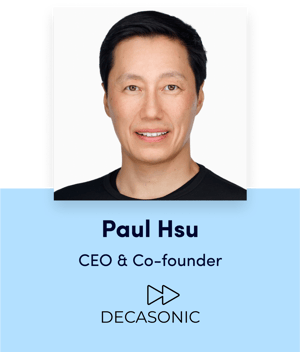 Paul Hsu, Decasonic: I spent two decades in San Francisco, aka Silicon Valley, prior to relocating my family to Chicago in 2018. Silicon Valley is a mindset, not a geography. Chicago is growing because we're authentically who we are. This community values substance over hype, action over words, and relationships over transactions. The technology paradigms in AI, quantum, precision medicine, web3, metaverse, among others are shifting markets, talent and resulting investments. The technology centers today will also shift towards new ecosystems.   And now, post-covid, there’s a clean slate for any tech ecosystem, like Chicago, to gain leadership in these new, emerging markets. It does take a community to unlock that potential. It does require a pay-it-forward mentality of being helpful. It does require talent and relationships to refer opportunities to each other. That is the Silicon Valley mindset. 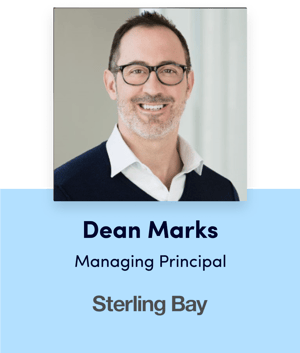 Dean Marks, Sterling Bay: While we all lead with, “embrace collaboration” I don’t think it’s counterintuitive to say, “embrace competition, where competition raises your game.” Don’t shy away from competition. Competition is a part of life. Sometimes you win, sometimes you don't win and you're going to figure it out and get better next time. It's part of the general ecosystem and I think it’s perfectly fine to say you can be collaborative while still competing.

Your Network is Your Net Worth - Lean Into it. 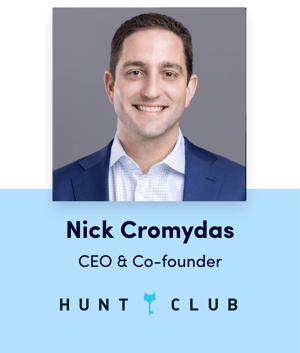 Nick Cromydas, Hunt Club: As founders, we were forced to re-learn how to operate during covid. The first thing many of us did was to lean into our closest networks, demonstrating the power of trust in our connections. It was a vulnerable time for many of us - and in a market as tight-knit and collaborative as Chicago, the power of trust made us all that much more durable. I think that’s what makes Chicago special and I think that’s what’s going to make it special for a long time.

In response to the panel’s discussion, one of the audience members added his thoughts, and we would be remiss to not include his insights: Find a leader or colleague in your industry who  you trust. They're going to give you the best advice because they're in the field. They understand it, they've been through it, and when somebody that is respected by a VC gets an email from them about you it completely changes the dynamic of the attention you can get. That is where you see the power of networking. Being strategic in how you’re connecting becomes really powerful.

Thank you to our engaged audience for joining the discussion! Austin’s startup scene is also booming. Take a look at Hunt Club’s Austin Founder and Funders event for some invaluable insights on the everchanging talent landscape. Partner with Hunt Club and connect with hard-to-reach candidates who will help shape the future of your business.